“How much longer will I feel this sad, Mom?” 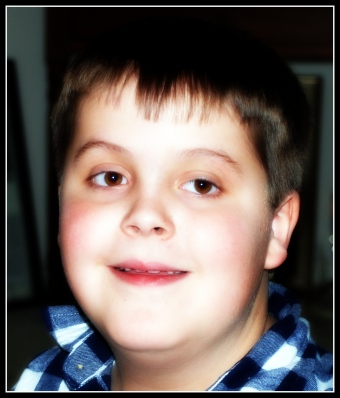 This question comes from Benjamin last night.  He’s struggling with emotions he has stuffed down deep inside him.  They are now all pouring out, sometimes at times whenever he wishes they wouldn’t.  Tears come at inopportune times, like during standardized testing at school.  He’s been teased and made fun of by a couple of boys in his class.  It makes me so mad, but there’s not alot I can do to protect him from home.
The culprits have been talked to by the vice-principal.  They have apologized to Benny.  Kids can be so mean.  I would hope that if one of my boys’ classmates had lost a parent & was having trouble coping, they would step up to help, not laugh and point, as was the case with Ben.  Ben doesn’t have a mean bone in his body, which makes it even more frustrating for Andrew and me.  Andrew, ready to clobber both boys on the playground, loves his brother fiercely, even though he’s doesn’t show it through hugs and snuggles.
I tell Benjamin that he will feel sad for the rest of his life.  At least that’s been my experience since losing my Dad.  I was fortunate to have my father until I was age 40, and I still think of him & miss him every single day.  I tell him that the pain will hopefully ease over time, but that there will always be times whenever he misses his daddy, misses what he had, and wonders what might have been.
Andrew tells me this morning that “Life is still good.  Not as good as it used to be, but still good.”﻿  I think at this point in our grief journey, that’s about the best we can hope for.
He also asks if I re-marry some day, will I keep the last name “Howell”?  I tell him that it’s traditional for females to take the last name of their husbands, but that I don’t see myself re-marrying anytime soon, if at all.  He wanted me to be sure of his wishes–if that happens, he wants me to keep the Howell name, and use the new name as my middle name.  Their minds work non-stop, trying to figure out this new family dynamic–to embrace the three of us, while wistfully remembering the great team we were, the four of us.
I look around the garden, and think, it’s “my” garden–when it was Mark’s for 20 years.  I look around my quick-growing yard, and see “my” yard, not Mark’s anymore.   I see bills that need to be paid, and they are “mine,” not Mark’s.
That may not seem monumental to you, but it is a big step for me.  I’m not tending his garden, his yard anymore.  My mind has begun to make that distinction.  The truck?  Well, it’s still “his,” probably always will be.  The dog?  Is first and foremost his (although she seems to have finally imprinted on me, accepting me as the new head of the “pack.”)
Mark’s job has finally been posted by TPWD to be filled, after 9 months of vacancy.  That means my procrastination has to finally end, and I must get his office cleared out.  It’s been such a luxury, not having to deal with all of those items, although I’ve been there a few times to pack and sort.  The big plastic bins are there, all I need to do is fill them.  I’m glad his position will soon be filled, his crew’s been operating one man short all this time.  I hope the person they choose is up for some incredibly big shoes to fill.  I don’t envy them.
In my daily devotion last night, I read this passage, which gave me peace and solace:
“Keep your eyes on Me, not only for direction but also for empowerment.  I never lead you to do something without equipping you for the task.”
(Jesus Calling, Sarah Young)
He’s equipping me for my tasks.  God, in His infinite wisdom, sees all that I have on my plate.  He’s supplying what I need to tackle buying a new riding mower, to eradicate bees (again), to empty Mark’s office, to run a half-marathon, to be both mother and father to two amazing boys, to make long-term decisions on behalf of my family.  He’s doing that all for me.
The least I can do for Him is to be faithful.  And grateful.   Amen.﻿